If you’ve read my post about the four different types of money you may wonder why I didn’t include digital currencies, such as Bitcoin (BTC), on that list?

After all, the post included bank fiduciary money which has a digital mechanism. So, why isn’t Bitcoin money?

You may be considering investing in Bitcoin, or in another digital currency?

If this is you, I’ve written this article for you. I want to give you more information to make your own decision on whether or not to invest in digital currencies. I also want to explain why I think decentralised digital currencies are unlikely to be the future of money.

The difference between electronic payments and digital currencies

At present electronic payment transfers only move money from one bank account to another. Banks then clear these payments with each other using their central banks, such as the US Federal Reserve or the UK’s Bank of England.

‘Clearing’ means the central bank verifies the transaction and makes sure each party upholds their respective parts of the promise to exchange.

Digital currencies, such as BTC, work slightly differently. They enable the immediate exchange of money in real-time, without the need for Central Bank clearing.

If you’ve ever asked questions such as ‘How does Bitcoin work?’ I’m going to answer some FAQs. I’ll then explain why I don’t think it can be considered real money for future use.

What is Bitcoin and how does it work?

Bitcoin is a virtual currency. It was launched in 2009 by Satoshi Nakamoto, a pseudonym.

How to buy Bitcoin?

Investors buy Bitcoin through PayPal or Venmo, or by using a Bitcoin exchange, such as Coinbase, a secure online platform for buying, selling, transferring and storing digital currencies. In addition, increasing numbers of online brokers now offer trading in cryptocurrencies. There are even debit cards with crypto rewards.

What is a Bitcoin Wallet?

Once purchased, Bitcoins are stored in a Bitcoin wallet – the digital equivalent of a real one. The wallet also contains the secure key to access BTC addresses and make transactions.

Is there a minimum Bitcoin investment?

There is no minimum investment for Bitcoin. However, some exchanges may set a minimum. For example, Coinbase will not create a buy or sell order for less than 2.0 of digital currency denominated in your local currency, e.g. £2 or $2.

Can Bitcoin be exchanged for real money?

Yes. Bitcoin is exchanged for any currency, provided it is on offer in the digital marketplace.

Is Bitcoin safe and legal?

In addition, if confidence is lost in the integrity of the algorithm, you could lose a lot of money. (The same applies in banking.)

The auroracoin disaster in Iceland in 2014 is an example. A private entrepreneur circulated a new digital currency – the auroracoin – to every person listed on the national ID register.

Each person lost 96% of the currency’s value within a few months.

Each new digital currency has the potential to undermine all the others’ value. This occurs because the aggregated supply of digital currencies in a fixed population is not controlled by one issuer.

In addition, real-time transfers of money are still subject to physical limitations. Electronic instructions via fibre optic cables have a maximum speed.

But, what if faster wavelengths can be used to divert payments?

The reality is that even electronic transactions are not instantaneous.

Bitcoin as a type of money

Even with the technological issues, Bitcoin sounds like a type of money we could use. Even better, we can use it in real time, and not have to wait for the transfer to be cleared, albeit with the previous issues in mind.

So, how does Bitcoin stack up in other ways?

From my post about types of money, there are three main qualities money must have:

All three characteristics must apply for a medium of exchange to be considered as ‘money.

Bitcoin as a medium of exchange

Against this criterion Bitcoin, like other cryptocurrencies, does well.

Increasing numbers of vendors are accepting digital currencies. One of the advantages to vendors is the blockchain technology means payments shouldn’t bounce, or unscrupulous customers can’t chargeback.

Unlike most banks, BTC transactions occur 24/7/365, which is a huge advantage to consumers. BTC can also be used in emergency situations, assuming internet connectivity via data or mobile.

However, there are still relatively few vendors who DO accept digital currencies. So, BTC is not yet widely accepted. Even organisations like PayPal change digital currencies to fiat money, such as dollars or pounds when settling with merchants. It’s the real currency that is the medium of exchange, not the digital one.

However, all this can change in favour of digital currencies as time goes on.

This may be true.

However, many also use real currencies, such as the USD.

Moreover, the argument against using Bitcoin as a unit of account is its highly volatile price. When using a unit of account, we need something standard and stable. Think of the kilogram (kg) or the litre (l). This is the role of a central bank.

George Washington once said that “uniformity in the currency, weights and measures of the United States is an object of great importance.”

It’s a reminder that it’s difficult doing business with many different units of account. A standard unit means everyone sings from the same song sheet; the UK adopted the metric system for weights and measures for this reason.

These realities make it hard for competitive currencies, such as Bitcoin, to gain traction.

How is the Bitcoin price determined?

An algorithm controls Bitcoin supply. Only 21 million bitcoins have been mined. (A hard cap.) This means there is a limited and finite supply.

Since no-one can redeem the tokens – in terms of a currency – as a central bank does (the promise to pay), Bitcoin, and other digital currencies are highly speculative ‘investments’.

In other words, they have no intrinsic value as their price is based on future investor expectations. If investors are optimistic, the price increases, If they’re pessimistic, the opposite happens.

Digital currencies are like digital gold in this way.

Bitcoin as a store of value

Proponents of Bitcoin as a store of value argue that no money can hold value indefinitely. And this is true.

However, to be a store of value, the value must be held for the long term. Value doesn’t need to be held indefinitely. In addition, a central bank must maintain trust in that value by controlling inflation.

Bitcoin doesn’t have this systemic backup and it never will. Consequently, it fails the test to be a type of money. A government-issued digital currency, on the other hand, does not.

Legendary investor Warren Buffett once referred to Bitcoin as “rat poison squared”. In addition, Andrew Bailey, Governor of the Bank of England, recently stated that crypto investors should be prepared to lose all their money.

There is a big difference between investing and speculating, and putting money into crypto is definitely the latter.

However, it can be exciting. Just make sure not to ‘invest’ money you can’t afford to lose.

I hope by reading this article you feel more informed about Bitcoin and understand why I didn’t include it in my post about types of money.

The future of money is definitely digital, it’s just not Bitcoin.

DISCLAIMER: MY BLOG PROVIDES ONLY GENERAL INFORMATION AND IDEAS. IT SHOULD NOT BE CONSIDERED FINANCIAL ADVICE. ANY USE OF THE MATERIAL IS ON THE CONDITION OF THERE BEING NO LIABILITY FOR HOW YOU CHOOSE TO USE IT. IF UNSURE, PLEASE CONTACT A FINANCIAL ADVISOR. 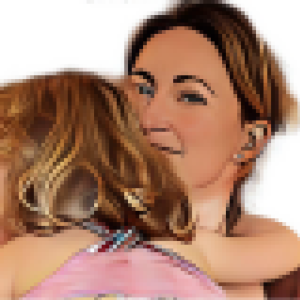 Rachael Finch is a finance geek and the founder of Fitzonomics, a blog about economics and investing. She discusses how to master financial decision making to grow your wealth. Learn more at www.fitzonomics.co.uk

How I invested small amounts in April 2022

How to start an investment portfolio as a busy parent

The Price Mechanism: Your Ultimate Guide To Prices And Pricing

Investment for retirement: 13 mistakes that will cost you money

I’m Rachael, a financial geek and the founder of Fitzonomics,  a blog about financial literacy and investing. Learning how financial markets work has changed my life. It’s allowed me to master my own financial decision making and grow my money.

Fitzonomics uses cookies to enhance your browsing experience and analyse our traffic. By clicking 'Accept', you are consenting to our use of cookies.

Get new posts About Thinking Strategically By Email